It's all around us and has been for thousands of years, yet most of us still do not know how to use native ingredients in our food. But it's a mystery that's quickly being unravelled, with curiosity mounting about bush tucker and people actively seeking it out.

It's a movement Gerald Power knows all too well.

In Orange, where people flock for the food and wine, his business Indigenous Cultural Adventures has flourished since he began in September 2016.

The tours and camps are hosted and guided by Wiradjuri elders, taking small groups of visitors off the beaten track to see the site of Yuranigh's burial site - Yuranigh was the guide for Sir Thomas Mitchell, who explored the region in 1851.

Groups also forage for bush tucker during the experience - Mr Power said as the knowledge was not in typical education programs, people were curious.

"The only way they can hear stories is to hear them directly from the Indigenous community as a whole," he said.

"In our first year, I did four tours, the second year it was close to 20 and last year I did 42 cultural tours so it's been pretty well doubling every year.

"It's just been astounding." He said many people had heard of the different types of bush tucker - in the central west, the common types include lemon myrtle, lilly pilly, saltbush, dandelion roots, wattle seeds, native honey and a number of berries.

"Saltbush grows on the side of the road, but they have no understanding of what they're looking at," he said.

We live in a society where obesity is rife, but the nutrition [in bush tucker] is so high, you can't find anywhere else in the world - people grow lemon myrtle as a hedge but it's 97 per cent citrus and full of vitamin C.

"It's totally different to what they've had before, but they are flavours they align themselves with."

He said the health benefits were also just beginning to be understood.

"We live in a society where obesity is rife, but the nutrition [in bush tucker] is so high, you can't find anywhere else in the world - people grow lemon myrtle as a hedge but it's 97 per cent citrus and full of vitamin C," he said.

"Even kangaroo and emu as meat components are very lean."

Mr Power's operation is not alone - in Dubbo, Peter Peckham offers visits to a scarred canoe tree, an axe grinding site, as well as a chance to discover bush tucker and medicine plants, while in Bathurst, Kerry and Bubba Kennedy show emu eggs to school groups and cook massive omelettes. 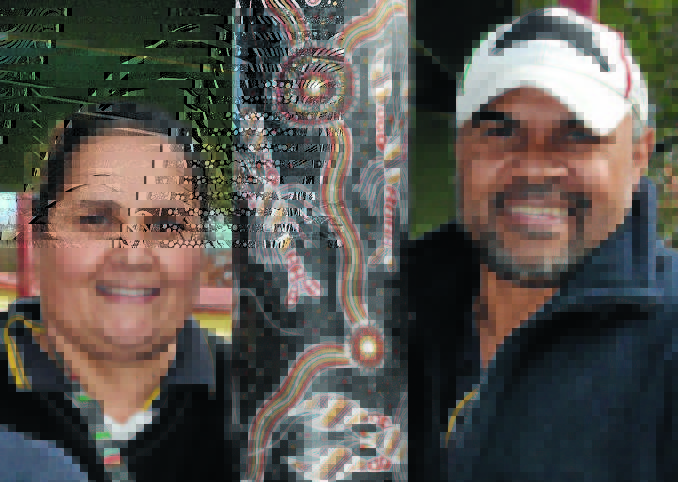 For Mr Power, the next step is manufacturing.

Recently, he took over the lease at Huntley Berry Farm's cafe in Spring Hill where he is producing drinks of lemon myrtle and native ginger, ice creams of macadamia, lemon myrtle, finger lime and wattle seed and pesto from macadamia and Warrigal greens, which are likened to spinach.

"If we can create some partnerships, it will be really good," he said.

Export now on the horizon When Herb Smith started Dreamtime Tuka five years ago to showcase the recipes his grandmother used when he was a child, he had no idea it would lead him to supply deals with multinational companies.

Dreamtime Tuka, which is based in Wellington, makes a range of biscuits and slices, which have been picked up for Qantas flights.

It was the first 100 per cent Indigenous-owned company to supply the airline.

It has also dipped a toe into Christmas products, including puddings, biscuits and roasted nuts, and makes wholesale sausage rolls and pastries.

Mr Smith said starting from scratch was like starting with a cement slab and building on it, but a few months into his venture, he was showcasing his wares at a trade fair where Qantas procurement staff took an interest in his product.

They started putting it on the morning tea flights, then they put it on the afternoon tea flights so that was double the expose and that's when business people fly so that created a lot of business for me.

"They started putting it on the morning tea flights, then they put it on the afternoon tea flights so that was double the expose and that's when business people fly so that created a lot of business for me," he said.

He said from there, he had been lucky enough to have large market players come to him for more options and he planned to expand his product base this year.

"More things like gift boxes and something to sit in the retail area, particularly places like Coles and Woolworths," he said.

"I get lots of calls saying, 'do you have this product?' or, 'are you thinking about bringing these products out? Because we are interested in it' - when you're trying to get into the market, it's great when the market knocks on your door."

The demand, Mr Smith said, came from growing awareness and the food industry having started to embrace native ingredients.

He said the awareness was even improving in China and exports were now an option from the small community.

"We're starting to talk about what we might do to export to China," he said.

"I was on a trade trip recently and they're showing a lot of interest in Australian foods - to be able to get Australian native produce there is a big deal."

Where can you find native food 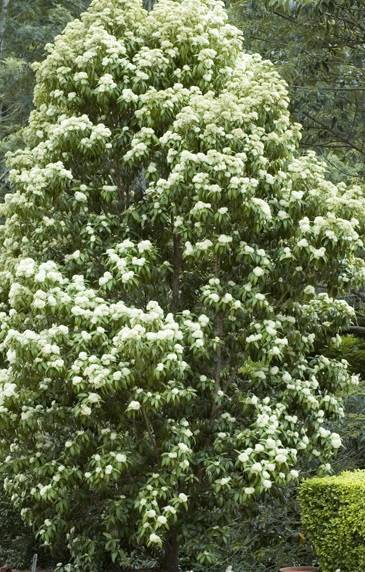 It's becoming more widespread in Sydney as international travellers demand to not only see Australia, but also taste it, but Central West restaurants are a little more cautious about adding native ingredients to their menus.

Hog's Breath Cafe, located in both Dubbo and Orange, featured a lemon myrtle salmon, while Lolli Redini in Orange featured a pepperberry crust on its venison main.

But it was the Church Bar at Bathurst, which had embraced the principal the most, with a crocodile pizza.

Also featuring a wild lime and ginger sauce, manager Chris White said it had remained a popular choice since it was introduced.

"We did have a kangaroo one, but people are preferring other tastes," he said.

A lot of people try several different things to get a good sample and they like being a bit more adventurous with their food, which is great to see.

"Obviously the crocodile is something different - it's one of those things where they read the menu, they see it's crocodile and they're interested to know what it tastes like."

Mr White said crocodile made for a great-tasting pizza.

"It's a fishy kind of chicken," he said.

"The texture is pretty similar to chicken with a bit of a gamey taste to it, but it's marinated - it's a special marinade we make up."

He said the type of cuisine, particularly popular in Bathurst with nine businesses selling it, meant incorporating Australian ingredients was straightforward.

"A lot of people try several different things to get a good sample and they like being a bit more adventurous with their food, which is great to see," he said.

This story Indigenous food: What's on offer where in the NSW Central West first appeared on Western Advocate.