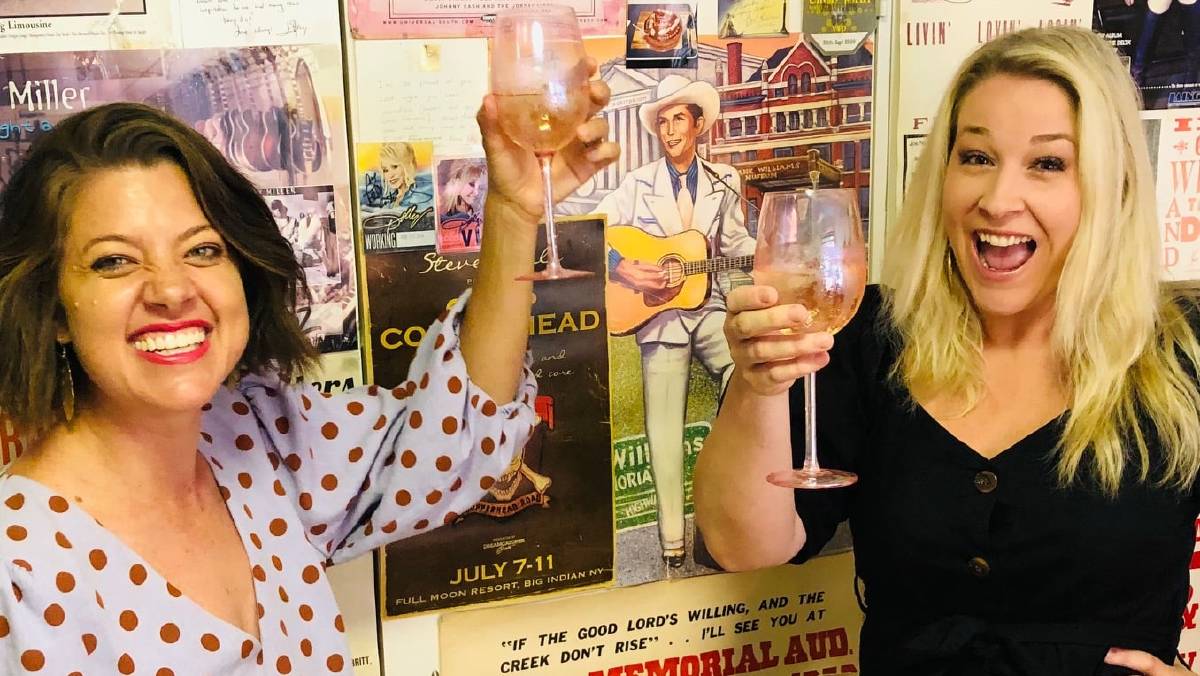 WHAT A SHOW: The Love and Lies Tour has reunited two of Australia's award winning and leading female country artists, Amber Lawrence and Catherine Britt, and the girls are playing this Friday in Parkes. Photo: SUPPLIED.

The Love and Lies Tour has reunited two of Australia's most award winning and leading female country artists, Amber Lawrence and Catherine Britt, in one amazing show, and it's coming to Parkes this Friday, December 3.

The show commenced its 30 date tour in February 2021 and has played sell-out shows and packed houses all across the country, and for the Parkes leg the two ladies will be playing at the Parkes Leagues Club.

After a few COVID-related delays and rescheduling, the girls are back out on the road for the remainder of 2021 and will be still going well into 2022.

Amber kicked off 2021 in stellar style winning a fifth Golden Guitar award for Vocal Collaboration of The Year with the song 'True Blue', an all-female remake of John Williamson's iconic classic with Aleyce Simmonds, Parkes' very own Dianna Corcoran and Kirsty Lee Akers.

The fact many Parkes scenes and people featured in that video gives us a special link to the exceptionally talented Lawrence.

From the coal works of Newcastle to releasing Top 40 Billboard hits, her career commenced at the tender age of 14 and has since amassed a mantle of three Golden Guitar Awards, an APRA Award and CMC Artist of The Year nominations, and is the first Australian artist to have all six albums ARIA nominated for Best Country Album.

Amber spoke to the Parkes Champion Post earlier this week, and said she was stoked to get back on the road with Catherine after COVID-19 halted their tour earlier this year.

"It was a real privilege time off at home but now it's back into the hard work of touring," she said.

"It's been great touring with Catherine, we spent the first six months of the year together, and we were actually one of the first touring acts back on the road.

"We're both hard working and bounce each other really well...we're similar but different enough that we balance each other out perfectly," said Amber.

The original Love and Lies tour began back in 2017, when Amber and Catherine first joined forces - performing 26 shows across the country.

Remembering how much fun they had, the new mothers have decided to do it all again in 2021and 2022 with young babies in tow.

The show will feature both Amber and Catherine performing their own sets of hits and fan favourites, plus some special duets in a two hour show that embraces their incredible songwriting talents, their cheeky wit, sassy style and takes you on a musical and lyrical journey through all the emotions - from laughter to tears.

Amber said she hoped audience members would leave the show with a huge smile on their face.

"Our show is full of joy," she enthused.

"We have so much fun, have a full band and it's a high energy show.

"We really want people walk out at the end of the show with a smile on their face.

"There will be moments too though where you'll get to know us, we tell some stories and don't shy away from giving the audience good insight into who we are.

"So grab your tickets and see!" said Amber.

- Overture an 'incredible coup for Parkes', tickets on sale now

Parkes is in a very fortunate position of being able to host singers of such caliber and popularity, but Amber said there is no place she'd rather be than regional Australia, with the increased intimacy of shows giving performers like her and Catherine a warm fuzzy feeling.

"I think a great privilege of being a country singer is touring around country towns," she said.

"These big pop stars might do five shows a year and just hit Sydney, Melbourne and the like, but I think we are lucky we get to tour all year round in small tight-knit regional communities that a lot of artists won't go to.

"It's an amazing moment when people say 'oh we haven't had a show here in six months' and they're just so happy to see your performance," said Amber.

The show has been so successful, that Amber and Catherine have decided to record and release a radio single to celebrate their success, and pay tribute to Helen Reddy with the release of the track 'I am Woman'.

Amber and Catherine have been finishing their show each night with this iconic song throughout the tour and have been blown away by the response.

For those avid fans of Amber (which yes, unashamedly includes us at the Parkes Champion Post - we're proper country music nuffies), female empowerment is a very strong recurring theme.

Females in the Australian music industry, and indeed around the world, have been silence for too long - but for Amber it isn't about bring men down but building women up.

"It's really obvious my shows are women positive," she said.

"Men are on our side, it's not us versus them.

"It's saying that women are strong, independent and can rely on ourselves.

"I've got a husband that thinks I can achieve anything, and I've got a three-year-old son that I want growing up thinking woman are his equal," said a reflective Amber.

Her song 'Cheers to the Girls' sums it up beautifully well in the chorus:

"So cheers to me, now I'm free. I finally realised what I am worth, cheers to the girls who stood up for themselves," she sings in the song, which was released in 2016 and also features Catherine Britt.

To buy tickets, check out more tour dates head to: https://www.amberlawrence.com.au/tour/ and https://catherinebritt.com/tour-dates