William "Uncle Bill" Smith said the prospect of having offshore drilling for oil and gas off the coast of Newcastle was "disgraceful, shocking and totally out of order".

The Indigenous elder from the Hunter Region in NSW claims there has been no consultation with the Indigenous community about the Petroleum Exploration Permit 11, known as PEP 11.

"There was no consultation and that's why I've been getting out there and making people aware of what's going on," he said.

Backers of PEP 11 dispute this claim, saying the Indigenous community was consulted more than a decade ago.

PEP 11 covers 4500 square kilometres of ocean from Newcastle to Manly, with parts of the permit zone only 5.5 kilometres from the shore.

Uncle Bill has been actively involved in protests and marches organised by the non-for-profit organisation Save Our Coast.

The group submitted a petition to the government to stop PEP 11, which had 77,000 signatories.

Save Our Coast founder and director Dr Natasha Deen said people were appalled and afraid. Dr Natasha Deen led protests which resulted in the cancellation of seismic testing in PEP 11 in 2020. Picture: Simone De Peak

"We've conducted 13,000 conversations in the community, and we've heard how deeply the community feels about this issue," she said.

"Everybody is horrified and outraged by the thought of our coast being industrialised, and [of] potential gas rigs on the horizon.

"Surely, putting a gas field there is risking jobs, it's risking the economy, it's risking our livelihoods. Not only that, it's threatening our way of life, our culture, and our wellbeing."

Dr Deen described how the Aboriginal elders from the Awabakal and Worimi tribes have been at the forefront of Save Our Coast's campaign.

"The thought of this oil and gas plan going ahead contributes to First Nations' grief." 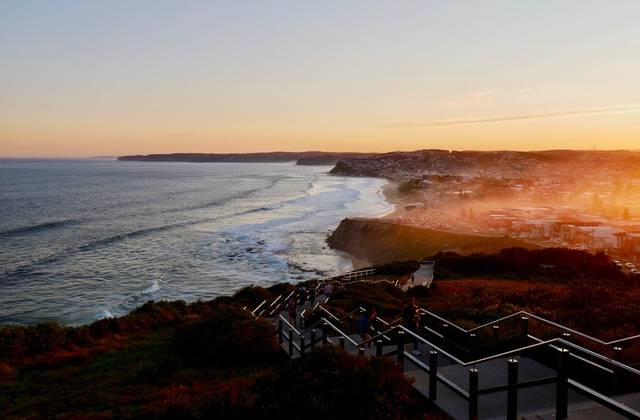 Parts of the permit are only 5.5km from shore. Picture: Fleur Connick

Uncle Bill said he was concerned about PEP 11 and how it would impact marine life, such as the dolphins and whales.

"So what's next apart from killing all the marine life. Is this why they want to go to Mars because they're destroying this planet?" Uncle Bill asked.

"They've got to stop, sit, be still and listen. Listen to the Indigenous people who've lived here for thousands of years, so we can walk into the future hand in hand, without losing our place of origination.

"And that's our responsibility as adults, as elders, to put that pathway in place, the foundations for the future generations."

Rachael Scott is an environmental scientist and Merewether local.

The 25-year-old said she felt frustrated with the government's ongoing support for the fossil fuel industry and its lack of action on climate change.

"It's incredibly frustrating because the alternatives are there and other countries overseas are pursuing greener, more renewable energy and green recovery policies," she said.

"It's terrifying, because I will be of the generation that will inherit that future and it affects everything." The 2020 Budget revealed over 50 million dollars will be spent on investments and developments for the gas industry. This followed Prime Minister Scott Morrison's announcement in September last year that gas will help establish a strong economy as part of Australia's recovery from the recession.

David Breeze is managing director of Advent Energy, the company which owns 85 per cent of PEP 11.

He said there was consultation with the Indigenous community in 2010, and said drilling for gas in the permit zone was crucial to overcoming an alleged gas shortage on the east coast.

"There's about 50,000 jobs in Australia that rely on gas. The federal government and the state government have identified that need for gas for both power generation and for domestic and industrial uses."

Mr Breeze said Advent Energy had drilled in the PEP 11 zone in the past with no problems.

PEP 11 is not new. According to the Parliament of NSW, PEP 11 was first surveyed in 1981, with the first petroleum well drilled in December 2010 - 61 kilometres east of Newcastle. They didn't find any gas.

In December 2019, Advent Energy submitted an application to the National Offshore Petroleum Titles Administrator (NOPTA) to enable drilling of the Baleen drill target in the PEP 11 permit, which expired last month.

Save Our Coast have organised protests against mining activity in the PEP 11 zone. Picture: Supplied

The decision on PEP 11's future ultimately rests with federal resources minister Keith Pitt. There is bipartisan opposition against it, which was proven in the House of Representatives last year when a non-binding motion to stop PEP 11 was passed.

NSW Deputy Premier John Barilaro has come out against PEP 11, urging Minister Pitt to reject it.

In a statement, Mr Pitt said he would make a decision in line with the national interest, but recently asked the public to keep the proposal in perspective, saying the gas well will only be about the size of a dinner table. He also pointed out that Australia's gas industry was one of the most tightly regulated in the world, with a successful track record over decades.

But Dr Natasha Deen, from Save our Coast, doesn't believe it will end up just being one gas well.

"They're saying they're only exploring or drilling for one well, but if we think about other areas where they've explored in Australia, for example, in Bass Strait, [Exxon Mobil and BHP] initially said they were drilling for one well, and then it ended up being 23 offshore platforms and the discovery of a huge oil reserve and eventually an oil field," she said.

"When they're exploring, it means the future is unknown and it could be a dangerous precedent opening up the entire east coast of Australia for oil and gas development." 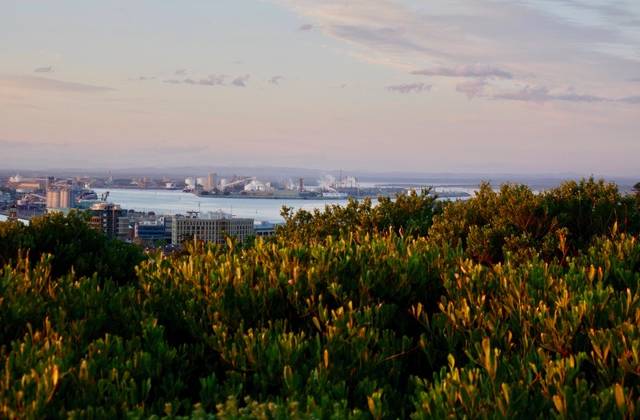 Uncle Bill said it's about the respect, recognition and rights of the Indigenous people.

"The ocean is very much a part of our life. The waterways, rivers and all that our people have followed because water is life to all our people," he said.

"When they're talking about jobs and making money, I'm like hey you're not making money, you're killing marine life, killing the fishing industry, and all that depends on the ocean."

Listen to the full story on the latest episode of our podcast. Search Voice of Real Australia in Apple Podcasts, Spotify or wherever you listen.