JAMES and Jess Wood do not appear to be typical candidates for IVF. We spoke to them and the clinic they used about the journey into parenthoood.

IN vitro fertilisation is a term women try to avoid when they're trying to get pregnant.

Despite Medicare offering a $500 rebate for pre-IVF investigations and and additional refunds once a patient reaches a certain amount of out-of-pocket expenses, it is expensive and there's no guarantee of bringing home a healthy baby at the end.

The out-of-pocket cost for IVF is about $5000 a cycle and it can take three embryo transfers to fall pregnant.

And couples do not have to go to Sydney to do it.

Genea, which has been in Orange for the past 28 years, has introduced a Geri incubator, which allows embryos to remain undisturbed in one environment during the crucial five to six days of cell growth before they are transferred to the mother.

"There's a camera, which takes a picture of each embryo every five minutes and that gives the scientists a lot more data that they can access to choose the best embryos for transfer." The measure has boosted pregnancy rates by 24 per cent, compared to the traditional incubator and culture medium system, which required scientists to disturb the embryos to monitor them under a microscope.

Parents can even access the photographs via an app to be more involved in the process.

"It can be very helpful for helping them understand what's going on - if it doesn't work, it does help understanding perhaps why that didn't work," Dr Wong said.

"There's some feedback it makes the experience less stressful and couples feel more connected with the process because they can see what's going on."

Dr Wong said many couples were able to complete their families with one stimulated cycle.

"They'll have a fresh transfer and fall pregnant and have a baby and two years later, they'll come back for a frozen transfer from the initial cycle," he said. 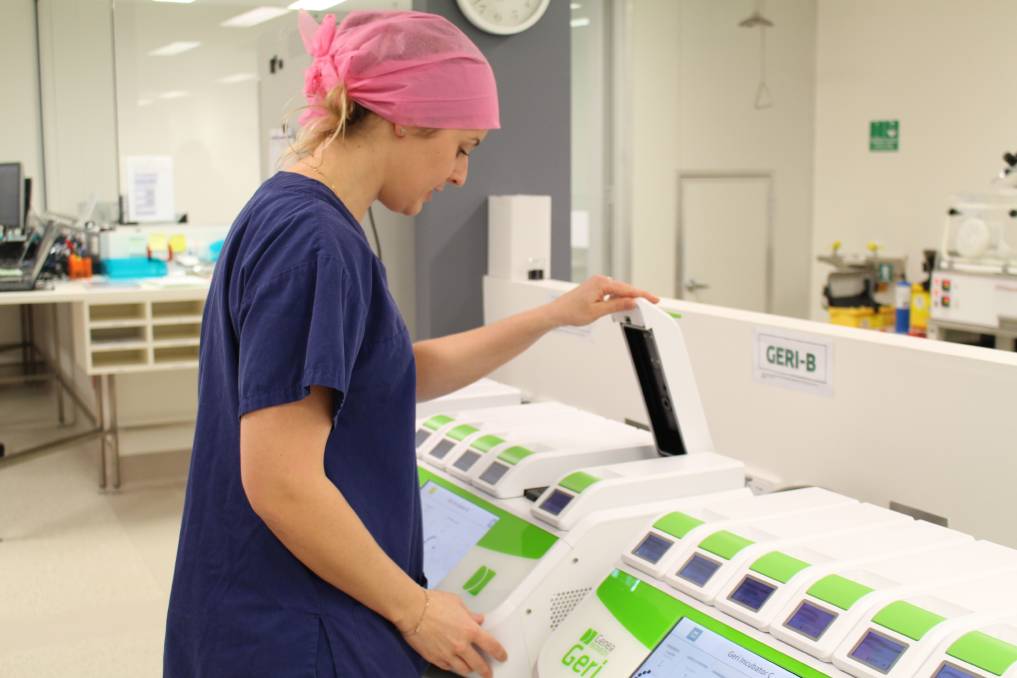 The embryos are checked on.

"That's the optimum outcome if you can finish your family from one cycle - there's less cost and less risk and less stress.

"Success rates are definitely increasing so if you look at it from that point of view, [it's more affordable]."

Dr Wong said there had been a steady increase in demand for IVF in Orange, particularly in the past two years.

"There's more awareness of IVF in general and that it's available in Orange, women are having babies later in life and that causes more problems, but a lot of it is the availability of it," he said. 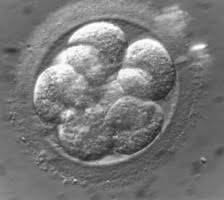 An embryo on day three of development.

He said there were several infertility factors, from endometriosis to problems with the ovaries in women, as well as sperm problems in men.

"There's a significant proportion of couples with unexplained infertility so you can never really say why and increasing maternal age plays a role as well," he said.

"Certainly after the age of 35, fertility rates [in women] start to drop and after 37, they start to drop more rapidly - for men, it's much later decline, sort of 45-50."

He said the process of IVF was "a real rollercoaster".

"When IVF works, it's a wonderful treatment because you can change couples' lives or you can speed their lives up so hey have their families more quickly than they would have otherwise," he said. 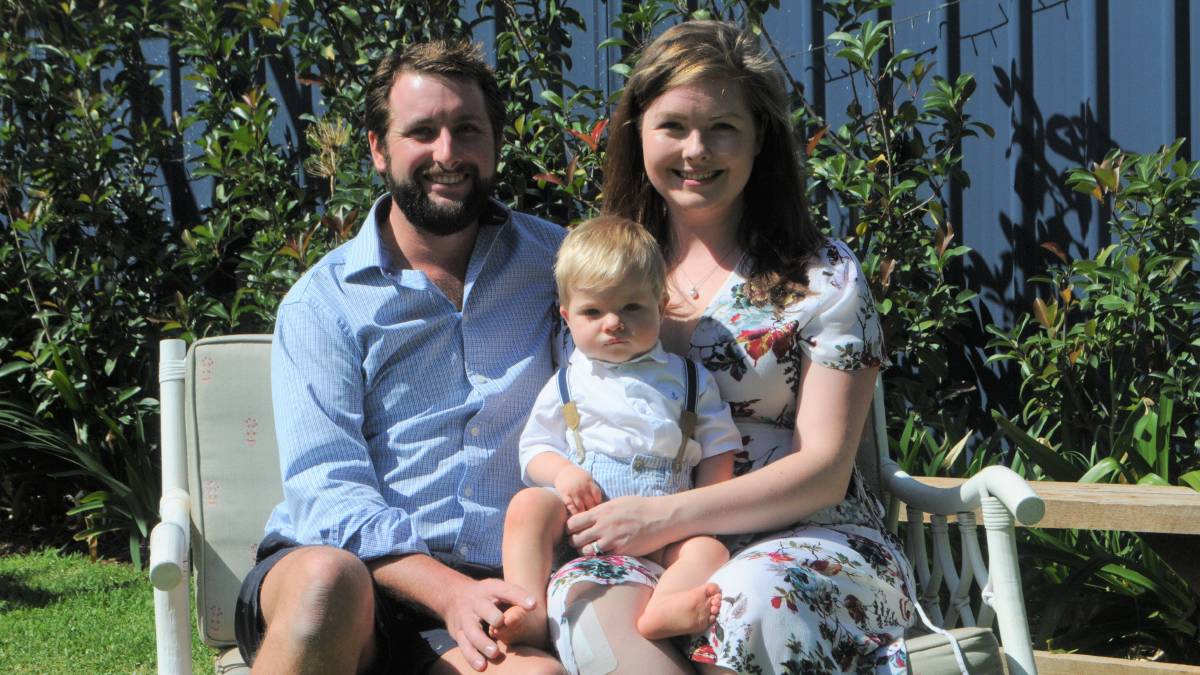 JAMES and Jess Wood do not appear to be typical candidates for IVF.

The Dubbo couple is young and in good health, yet the journey resulting in baby William was a long one.

William was born 13 months ago after the couple's first cycle was a success.

Mrs Wood said the couple started trying for a baby when she was 26.

"We tried for 12 months and saw a GP, she did tests and it showed up fine," she said.

"Another 12 months went by and no baby so we went to a gynaecologist in Dubbo."

After another year, they turned to Genea in Orange.

"We realised we wouldn't have to go to Sydney at all so it was easy," she said.

Another 12 months went by and no baby so we went to a gynaecologist in Dubbo."

"It isn't just Sydney, it's Westmead as well, you have to get from the airport to Westmead."

Mrs Wood said while infertility could be traced back to the mother or father, a third of the time, the reason was unexplained.

"James and I were both tested and there was no reason we shouldn't get pregnant," she said.

"But the guideline is if you haven't fallen pregnant in 12 months, you need to seek assistance."

Mrs Wood said there were five days of injections before the egg retrieval procedure at Orange - from 10 eggs, Genea were able to nurture two viable embryos.

"So we have one frozen for a future day," she said.

It was a "nerve-wracking" two weeks before Mrs Wood could take a pregnancy test, but she chose to take one before the appointment.

"It's pretty hard because you're sitting there and there's nothing you can do at that point," she said.

James and I were both tested and there was no reason we shouldn't get pregnant.

"I thought I would rather know, but I didn't think it would work. It was positive."

Mrs Wood said it felt like a surprise, but the couple also felt lucky to have success on the first try.

Her pregnancy was "pretty textbook" and William is now a social toddler who loves being the centre of attention, playing in the dirt and his dad.

READ ALSO: I was tortured in prison: NSW rapist

But she said there needed to be more awareness about infertility and discussing the issue, particularly when asking others if they were planning children.

"The thing you often get when you say you want to have children is, 'just relax, it will happen' - it's coming from a nice place, but it feels like someone's putting the blame on you," she said.

"When you want to be pregnant, everyone else is apart from you and you feel like it's a club you can't be part of."

Starting on a good foundation 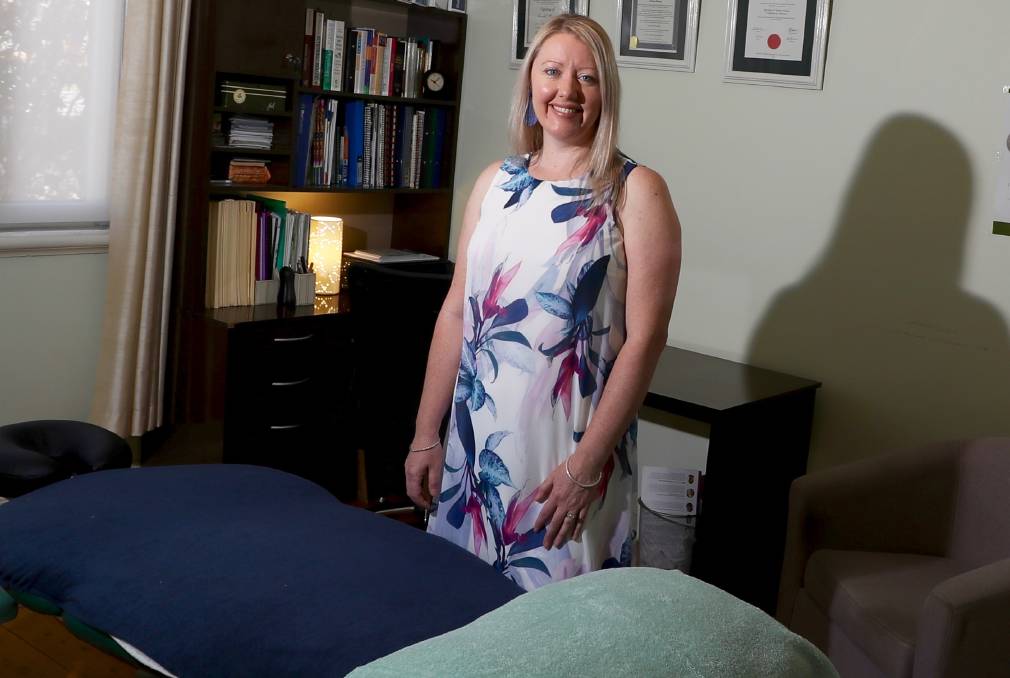 IMPROVING general health can make all the difference needed to improve fertility, according to one of the region's naturopaths.

She said her clients ranged from healthy people about to start trying, to ensure they were doing everything correctly, to couples who had been trying unsuccessfully.

"I like to treat both the male and the female because it's equally about the egg and the sperm."

Mrs Turner said it was better to start before couples started trying because it could take three months for the benefits to set in.

I like to treat both the male and the female because it's equally about the egg and the sperm.

"We don't want to wait long but you need to give your body time," she said.

She said cutting back on smoking, alcohol and toxins from cleaning products could help, as well as shedding kilograms for those who were overweight.

"Losing five kilos can increase your fertility exponentially," she said.

Mrs Turner said many women needed to balance their oestrogen and progesterone levels, to give enough time in the cycle for the egg to mature and for the sperm to reach the egg.

"Sperm are like race cars - their job is just to get into the [fallopian] tube as quick as possible before they die," she said.

Sperm are like race cars - their job is just to get into the [fallopian] tube as quick as possible before they die.

"So they've got to be good quality sperm that can swim, and swim fast."

She said stress was also a problem because it affected ovarian hormones and the uterus lining, which could interrupt implantation.

What do you think?

This story An elusive bundle of joy and one couple's journey through IVF first appeared on Western Advocate.