Parkes isn't just famous for its award-winning Parkes Elvis Festival, or its National Logistics Hub and inland port that's going to connect Inland Rail to the country's east and west.

Or that it is a mining and agricultural town.

There's something else that has a very big and special presence in town and you only need to take a look around the streets to see what it might be - or better yet, take a drive 25 kilometres north and see it in the flesh.

It is the Parkes Radio Telescope - or more fondly known as the Dish - and come the weekend of July 20-21, CSIRO staff will join the world in celebrating the 50th anniversary of the moon landing.

Parkes played a historic role in the lunar landing, with three tracking stations receiving the signals from the Apollo 11 mission simultaneously - Parkes, Honeysuckle Creek and NASA's Goldstone station in California.

While the Dish didn't broadcast Neil Armstrong's initial steps on the moon, the Parkes pictures were of such superior quality that NASA ended up remaining with the Parkes TV pictures for the remainder of the two and a half hour telecast.

Our town is so proud of its Dish, its role in history and those who worked hard behind the scenes -that the telescope's image and connection is embedded in the Parkes community.

You only need to see the name and logos of local businesses, like the Apollo Motel, the Moonraker and Astro Dish motor inns, or Telescope Tyres; Parkes Shire Council's logo is of a telescope; our rugby league club is named the Parkes Spacemen, while its junior body Parkes Marist also includes an astronaut in its logo. 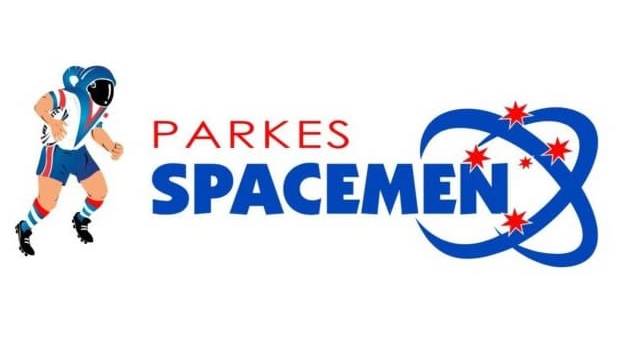 We even have tourism destination branding that reads "Be out there".

CSIRO is celebrating the anniversary with open days and a variety of activities at the Dish that weekend - but how is the rest of the town celebrating this special anniversary? We've taken a closer look at what else is happening in town in the lead-up to and over July 20-21. OUT OF THIS WORLD: Julia Maher and Laura Morcom-Taylor from Deja Brew in Parkes with the galaxy freakshake that's available until July 31.

It lives up to its name - if your eyes are bigger than your stomach, it's worth trying the galaxy freakshake at Deja Brew in Parkes. The team at Deja Brew created this treat especially to celebrate the 50th anniversary of the Apollo 11 moon landing. To the Moon and Back Exhibition

Parkes artist Leanne Wilson hosted 'To the Moon and Back' art workshops on June 22-23 in celebration of the 50th anniversary of Parkes' role in the Apollo 11 moon landing mission.

The little artists prepared works for an exhibition that will be on display at Cedar Cafe between July 19 to August 3, 8am-4pm/5pm. SOCK IT UP: Parkes Visitor Centre team leader Lisa Moon with the new range of socks featuring the Dish, available at the centre.

You read correct - with the moon landing anniversary just around the corner, the Parkes Visitor Information Centre has ordered a new range of socks that feature the Dish. These are available at the visitor centre now. 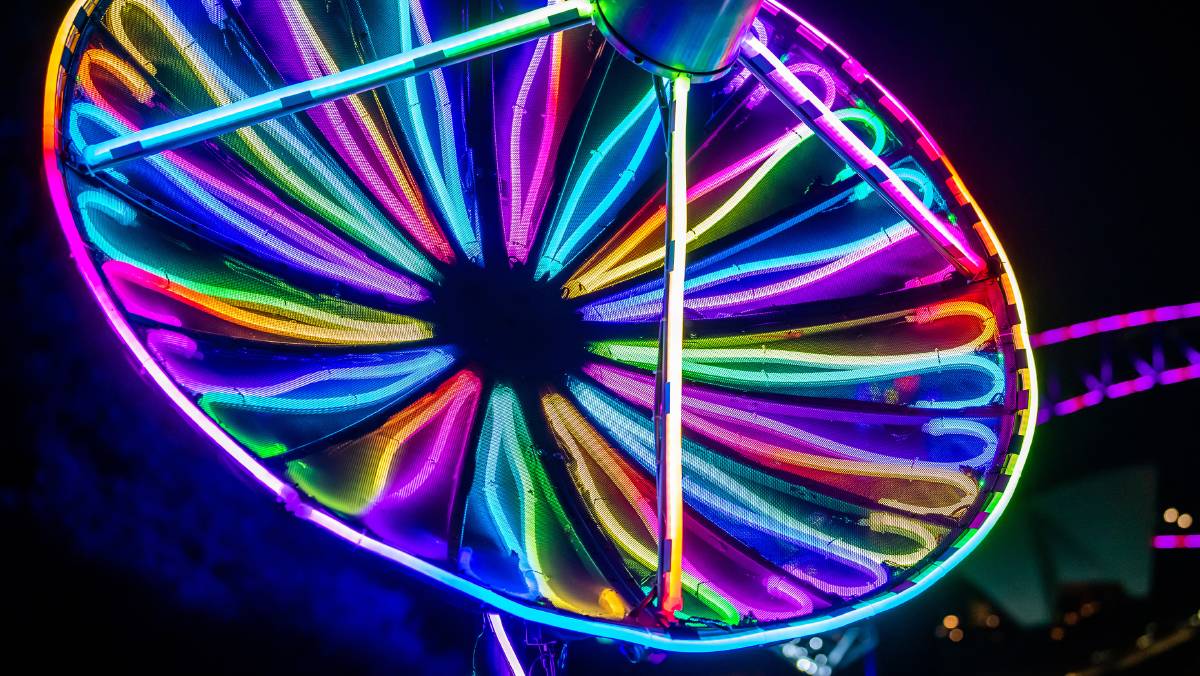 FROM VIVID TO PARKES: The KA3323 that featured at the annual festival Vivid Sydney will be appearing in Cooke Park for the 50th anniversary of the moon landing. Photo: Vivid Sydney

Parkes Shire Council has arranged a number of ways to celebrate the 50th anniversary and one of them includes astro-themed art and light projections, they say will surprise and delight the community and visitors throughout the Parkes CBD.

The Parkes Westpac Bank wall will feature the work of the previous winners of the prestigious Astrophotography 'David Malin' Awards all day everyday around the anniversary.

A stellar constellation of art projection and outdoor exhibition will appear on the Woolworths Wall in Clarinda Street between July 17-21, from dark until 10pm.

Vivid is coming to Parkes! Called 'Vivid Dish', it will feature in Cooke Park on July 19 and 20.

There is also a Blast Off public art display that's already been installed in the Parkes Post Office alley, and is able to be viewed all day, everyday.

And music of the era will be played, not only in the CBD, but also at the Parkes Regional Airport and the Parkes Visitor Information Centre. VINNIES: St Vincent de Paul in Welcome Street, Parkes has dressed up their window ahead of the 50th anniversary of the moon landing.

Who doesn't love a themed shop window? Parkes Shire Council is encouraging local businesses to decorate and illuminate their shop window during the celebrations. The idea is to enhance local businesses and attract interest in the main shopping precinct for the enjoyment of the community and visitors to Parkes.

The winner will be announced on Monday, July 22.

Council and the Parkes Chamber of Commerce are calling on local outlets to consider extending their trading hours, such as trading later on Saturday and opening on Sunday, to best cater to the thousands of visitors expected in town over the anniversary weekend.

"With an expected arrival of in excess of 6000 guests to Parkes over the weekend, we cannot stress the importance of opening your store enough," council's Destination Development Manager Kelly Hendry said.

"The event is attracting the people, it's your turn to give the guests an incredible experience and convert into sales."

Council also launched a 'Be out there' winter campaign featuring Apollo 11 Dealsto encourage visitors to explore more of the region during their stay, and enjoy all the unique experiences the Parkes destination has to offer.

The campaign launched on June 1 and will run until the end of July. ON DISPLAY: Parkes and District Historical Society secretary Rosanne Jones with the Apollo 11 moon landing 50th anniversary display, which includes an original panel of the Dish (in the background) at the Henry Parkes Museum.

The Henry Parkes Museum, which is operated by the Parkes and District Historical Society, is joining in on the town's celebrations to mark the 50th anniversary of the Apollo 11 moon landing.

Volunteers have arranged a special display at their premises on the Newell Highway for the public to enjoy during the anniversary and have extended their hours for the occasion.

Along with an original panel from the Dish pre-1970 people can see and touch up close - there are old newspaper clippings and photos, history on the moon landing and history on the radio telescope being built.

You can read more on the display here. SPACEY: Dish Cafe employee Willow Mitchell-Hoey shows what's on the menu at their cafe at the Parkes Radio Telescope.

The Dish Cafe, that's located at the Parkes Radio Telescope, is always popular among those visiting the Dish. Their menu usually features some spaced-name treats and drinks, so while you're attending the CSIRO's open days, you can grab a luna loose leaf tea, milkyway shake, iced galaxy or a moon pie. With Parkes' schools on holidays during the 50th anniversary, Parkes East Public School took the opportunity to have a space mufti day on their last day before the holidays to join in the celebrations.

Students' imaginations ran wild, with some dressed as astronauts, some as stars, planets and even satellites, and others as aliens and characters from Star Wars.

There was even a student with a space jet pack and Buzz Lightyear 'flying' about.

Then were a number of students who proudly donned their Parkes Spacemen/Marist uniforms featuring the astronaut logo.