The thought of travelling alone can seem quite daunting, however over time it has become increasingly popular, and many people are now regularly taking off on solo sojourns.

We spoke to three people who often head off sans family and friends about why they enjoy travelling by themselves, their top tips and how to stay safe. 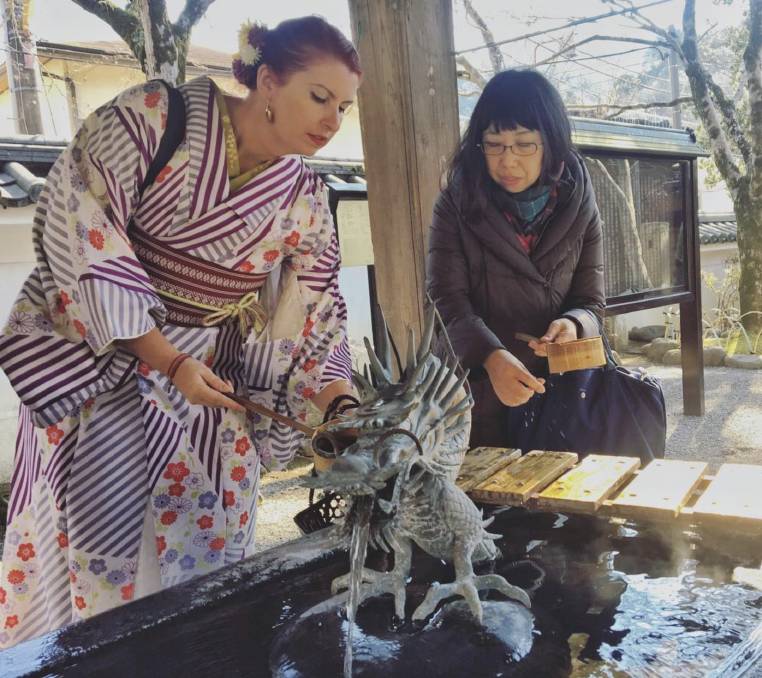 Jac Taylor is a veteran travel writer and photographer with 20 years' experience under her belt. Over the course of her career she's been to locations in The Middle East, India, Europe and Asia by herself.

Travelling solo is often times a necessity for Jac because she's been self-employed most of her working life, or friends and family are not able to get time off to join her. Other times she finds travelling alone allows her the freedom to photograph a destination as she likes.

"I spent two hours in Amerikamura neighbourhood in Osaka [Japan] one trip, just watching the amazing street life there and taking a shot when everything was perfect," she says.

Travelling alone has a number of benefits, she says and these also extend to her young daughter.

"[You have] boundless choice as to where you go, what you do, and answering to nobody while you do it," she said. "I'm a mum, so I try not to travel too many times a year although work does require it, but I do appreciate that time away by myself to just be me - not a mum, not a family organiser - just me.

"I come back revitalised, with fresh energy for my family, and my daughter is excited to be an 'adventurer' like mum when she grows up. I'm thrilled to model that role for her."

The editor in chief of thetravelten.com also finds travelling alone as a woman opens up some unique opportunities to connect with local women.

I come back revitalised, with fresh energy for my family, and my daughter is excited to be an 'adventurer' like mum when she grows up. I'm thrilled to model that role for her.

"Not all women in all countries will talk to men they don't know - but the conversations I've had in shopping mall change rooms in the Middle East, for example, would make your hair curl," she says.

"I've been given spontaneous local makeovers, just for fun, all over the world from Papua New Guinea to Qatar. Meeting other women can be such a privilege to see inside their sometimes quite secret lives, away from men."

Despite the positives, there are some drawbacks to travelling alone, Jac says. It's harder to convince herself to leave her hotel room at night.

"It's not as enticing to do so when you're by yourself, I find, and there's always that niggling worry that you have to be on your guard about safety in a foreign city," she says.

There's also the matter of paying single supplements, meaning she steers clear of luxury hotels when travelling solo, unless she's being hosted as a travel writer. 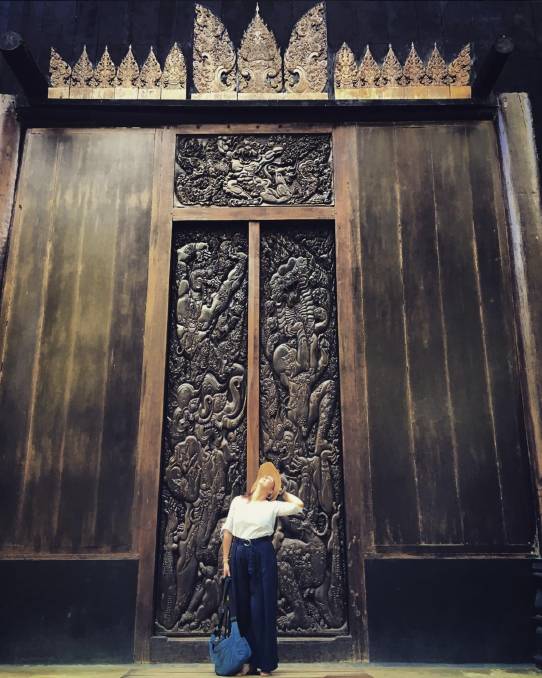 Some countries however are well suited to solo travellers, and Jac highly recommends those destinations for people going it alone.

"Especially in Japan (and also Singapore), there is a lot of accommodation that is suited well for solo travellers, so you don't need to pay a single supplement," she says.

"From tiny apartment Airbnbs to ryokan inns with four-tatami-mat rooms to capsule hotels, Japan is just made for solo travel."

As to whether she worries about safety, Jac says she'd be lying if she said she weren't more vigilant about safety when travelling alone, than with a companion or group.

"I always keep folks at home abreast of where I'm going, staying and what I'm doing," she says.

"And unless I know a city super, super well, I travel by cab door to door if I'm heading out at night, rather than walking any distance outside of the main thoroughfares."

Forty-six year old Jo O'Brien has been travelling on her own for the last four years. (She retired at 44.) "I still do holiday with my husband when I can, but do go away a lot by myself," she says.

Her first solo trip was to the UK and Ireland and she's been back to Ireland alone twice since then. She's also been to Indonesia, Fiji, Noumea, Hawaii, Las Vegas and interstate to Western Australia, Victoria and NSW by herself. 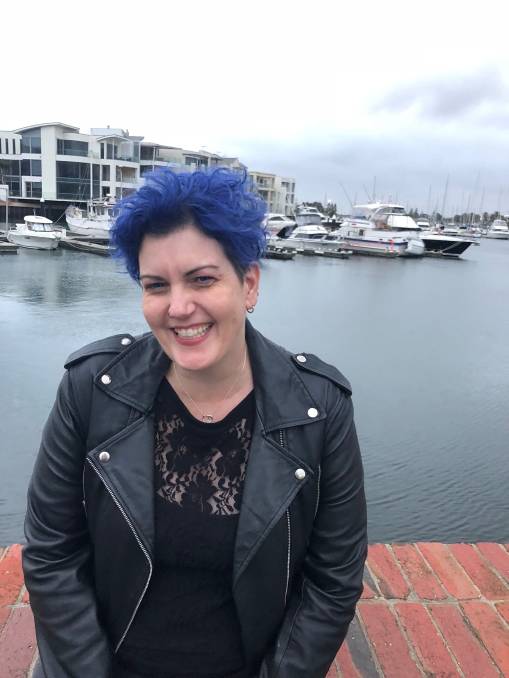 "I also mini break a lot by myself in South Australia. I like to go on yoga and meditation retreats to restore the balance," she says.

Jo heads off solo for several reasons. Her husband can't get as much time off work and they have different interests, so "a lot of the time so it's better to go by myself and do exactly what I want," Jo says.

Like Jac, Jo finds the freedom of solo travel appealing. "I think you tend to meet more people when you're by yourself. You can go exactly where you want without worrying if the other person is enjoying themselves," she says.

But on the other hand, "you aren't sharing these great experiences with your one person, sometimes it's a bit lonely and you take way too many selfies," she says.

Her top tip for going it alone is to try to take organised tours to get around and see more, if you can afford it.

The train system in Europe is the easiest and cheapest way to see a lot in a little time.

"The train system in Europe is the easiest and cheapest way to see a lot in a little time," she says.

While she's never felt particularly concerned about travelling alone, she was punched in the face in Dublin during a bar fight last year.

"I do a lot of research and try to get places that are fairly busy," she says. "I have never stayed at a backpackers, I'd be too worried about that after hearing stories from my friends."

However there's not much that could hold her back from travelling the globe.

"The world is incredible. Travel when you can, how you can. Save money and go. Come back, work, save and repeat. Life, to me, is measured by the places you go and the people you meet," she says. 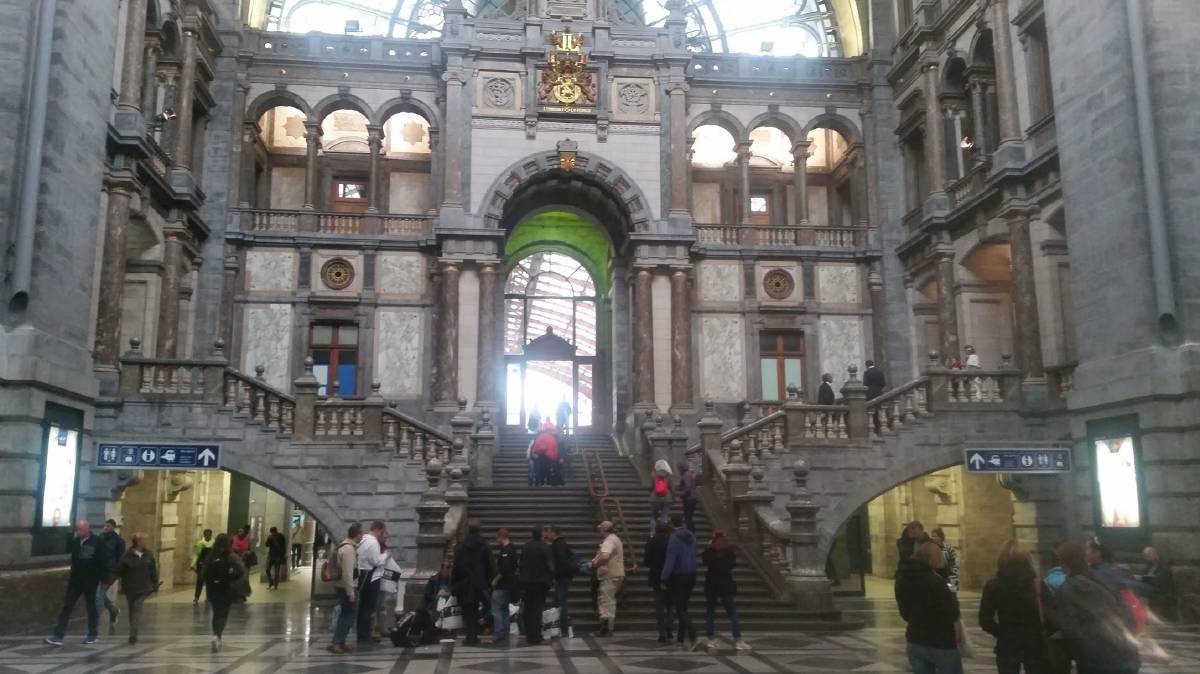 Nathan Thorpe, 29, took his first solo trip after receiving an opportunity from his university to work in Belgium for four months at a nuclear research facility.

"On arrival in Belgium, my colleagues there encouraged me to see as much of Europe as I could, so every weekend I would plan excursions to cities, villages, festivals and other events," he says.

"Everything was nearby, transport was easy between biking and the public transport options that were available and I really didn't want to squander the time I had there."

Local insights are a great source of inspiration whether that is through advertisements, tourist centers or asking at a local cafe or store.

Since then Nathan has travelled to Germany, the Netherlands, France, Finland, Canada and eight states in the USA.

"Travelling alone is interesting, a very different experience to a shared holiday," he says.

"I feel that when you travel alone you can immerse yourself more fully in the experience than when travelling as a group. You can go where you want to go to and your sole focus can be on experiencing the place or event you are interested in.

"I really enjoyed being spontaneous. That said, travelling in a group can be more comfortable, you can greatly benefit from the broader knowledge base that a group can provide and you may see things you would not have otherwise, because of the varied interests throughout the group."

His tips are to make the most of any opportunity you are given and to explore new places.

"Local insights are a great source of inspiration whether that is through advertisements, tourist centers or asking at a local cafe or store," he says.

It's also handy having access to the internet where possible. Nathan uses free Wi-Fi where and when he can, and finds having access to online maps, contact details and translating applications invaluable.

He also recommends pacing yourself when travelling alone, making sure you don't overcrowd your schedule.

"Keep in touch with friends and family," he says. "Skype calls were a great way for me to keep in touch, for people to have an idea of my schedule and to just enjoy something familiar when winding down from a long day."

Financial redundancy is also important, says Nathan. "When I travel, I always have some local money, my bank card and a cash passport or similar packed in with my passport," he says.

"I always try to be mindful that a payment could be rejected for whatever reason and delays could mean I need to stay somewhere an extra day.

"Always be prepared and try to have even a vague plan of how you can get closer to somewhere safe and comfortable if anything ever does go wrong."

And does he worry about something going wrong? "I don't stress too much about safety. I feel most risks in travelling are either random occurrences or they are usually area specific," he says.

"If you have done your research, are aware of the risks, comply with any travel specific warnings and make the right decisions then the trip will likely be safe." 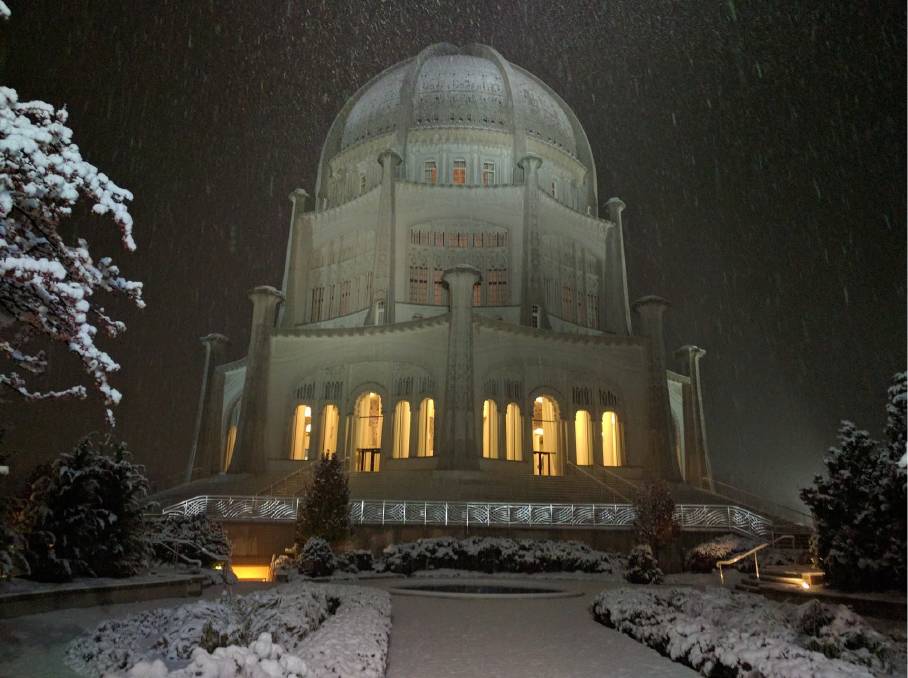