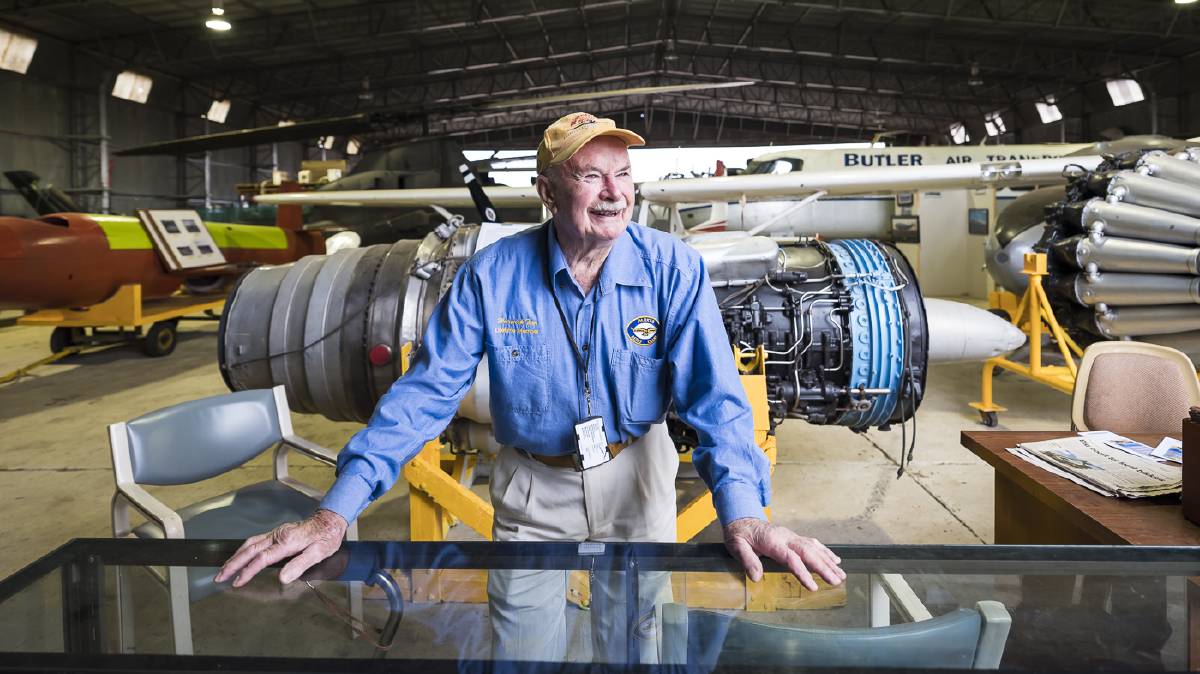 Eighty-three-year-old Warwick Tom has always had the Parkes community’s best interests at heart.

He’s been described as “a committed member of the Parkes Shire community” and on Friday – Australia Day – he was presented with one of the town’s highest honours.

Warwick was named 2018 Parkes Citizen of the Year.

Hundreds gathered in Cooke Park for Parkes’ annual Australia Day Official Ceremony from 10.30am on Friday, where the 2018 Australia Day award recipients were recognised in the seven award categories.

The ceremony was one of several held across the Parkes Shire, with celebrations also taking place in Peak Hill, Trundle and Tullamore.

“I’m so very humbled to be part of the Australia Day ambassadorship, it’s certainly been a journey and a new learning curve for me,” she said.

“...I feel like we’re in such a lucky country, it’s a free land to try new things, a place of opportunity and an excellent place to start again.

Ann also described her arrival into the shire – being greeted by Parkes’ deputy mayor Barbara Newton – as a “beautiful welcome to Parkes”.

Cr Newton presented Ms Snell a Parkes Shire medallion and an Australia Day pin as a thank you.

The awards ceremony followed, with Ms Snell presenting the accolades to the deserving recipients.

The annual awards celebrate and acknowledge outstanding community, sporting and cultural contributions and achievements made at a local level by Parkes Shire residents.

Parkes Shire Mayor, Cr Ken Keith OAM congratulated each of the nominees and the recipients for their invaluable contributions to our community.

“Each of these people have made positive contributions to our community,” he said.

“Whether it be inspiring others through their personal achievements, generously dedicating time to a community group, organisation, event or project, or going above the ordinary in a specific field – they exemplify what makes the Parkes Shire a wonderful place to live, work and visit.”

An emotional Warwick took to the stage, alongside the Citizen of the Year nominees, to accept his award.

He’s a strong advocate for the arts in Parkes and would love to see local artists well supported and recognised into the future.

“I really feel the cultural side of town could be a lot stronger, if we could all communicate together and get a strong group, a bit like a sports council,” he said.

Warwick has advocated and developed a number of civic, community and cultural events, and advocated for better infrastructure for people with disabilities.

As a certified pilot and active member of the Parkes Aero Club, Warwick champions young people to learn to fly and pursue a career in aviation.

He’s been involved in the Parkes Musical and Dramatic Society since the 1950s and was one of its founding members, and in recent times has dedicated his time to compiling and archiving all Society records.

Warwick’s cultural contributions further extend to Council’s Cultural Committee and the Arts Out West board, where he advocates for art and cultural services and opportunities for the region.

The Young Citizen of the Year award was presented to Yasmin Potts.

Yasmin’s mother Diane Potts accepted the award in her absence.

Yasmin has been described as an extraordinary young citizen, who has already made an indelible mark on her school, Parkes High School, and the Parkes community.

She has excelled throughout her schooling career as a result of her focused commitment to learning and a passion for the subjects she elected to study.

From Year 7, as a student in the exSel/Aurora Virtual Selective School, Yasmin showed initiative, tenacity and self-discipline. Her commitment and passion has not only led to outstanding academic results, but has earned her several prestigious awards and opportunities to expand her learning. Most notably, she participated in the National Youth Science Forum in Canberra in early 2017, and the London Youth Science Forum in August, which included a visit to CERN in Switzerland to see the Hadron Collider.

Yasmin has been involved in the school community as a member of the SRC culminating in her election as school captain, and has contributed to charity, wellbeing and fundraising efforts including Bullying No Way Day.

She is interested in the educational process, and has been an informal mentor and role model to other students. Her commitment to her community is evident in her Lions Club Youth of the Year award, her membership of the Rotary Youth Leadership Team, and volunteering for the Parkes Rotary Fun Run, CanAssist Golf Day and AO Blitz Tennis Day.

The addition of the Parkes Antique Club Swap Meet saw the event grow to new heights and raised $2809 for Can Assist along the way.

Janie has risen to the challenge of balancing work, family, farm life and study to achieve her qualifications.

The Cultural Award in the Adult category was awarded to Peak Hill artist Scott “Sauce” Towney.

Sauce has been recognised locally, regionally and nationally for his Wiradjuri art. Parkes Shire Council installed a public art installation in Peak Hill featuring his work.

He was commissioned to create images based on his own cultural interpretation of the Wiradjuri constellations as part of Trevor Leaman’s Wiradjuri Astronomy Project.

Sauce is currently working with the Royal Australian Mint in Canberra to have one of his images reproduced on a Centenary Coin.

This year’s Student Cultural Award went to Gracey Denham Jones, who’s committed and passionate about her arts and arts practice, demonstrating a maturity beyond her 15 years.

Not only has she personally achieved success in dance, singing, physical culture and dramatic performance, she supports and encourages younger people in our community in their arts development.

The Action Club created the innovative art exhibition in a 137-year-old shearing shed, which has not been seen before in Parkes.

“Ducks on the Pond” attracted 180 attendees and provided the opportunity for local and regional artists to exhibit together and for the community to be exposed to quality art production.

The Sculpture in the Rotary Arboretum was awarded a Highly Commended in the Group Cultural Award category.

Sean James Cassidy, Scott “Sauce” Towney and Scott Turnbull were the artists behind the sculptures.

The installation of five sculptures timber sculptures with Wiradjuri iconography in the Rotary Arboretum Peace Park was a major project undertaking by Sean, Sauce and Scott and worthy of acknowledgement today.

The sculptures will for many years to come promote understanding and tolerance between diverse groups.

The following are the award recipients held during the official ceremony in Peak Hill:

Citizen of the Year: James Jelbart.

Sportsperson of the Year: Brad Hart.

The following are the award recipients held during the official ceremony in Trundle:

Citizen of the Year: Les Whiley.

The following are the award recipients held during the official ceremony in Tullamore:

MORE FROM OUR AUSTRALIA DAY CELEBRATIONS: