2014 marks the International Year of the Farming Family.

Each day we have contact with a farmer, though we may not even realise it.

Through the milk we enjoy on our breakfast, the toast we eat, the meat we have for dinner, to the clothes we wear, a farmer has had something to do with our daily lives.

This year we honour our farming families across the central west and western NSW, bringing you their stories online.   Go to our website www.parkeschampionpost.com.au

Today, we feature in print the very first farming family in the Alectown area - dating back to the mid 1800s.   Journalist Bill Jayet caught up with the Westcott family...

In 1865 Joseph Westcott moved from Victoria to the Alectown district north of Parkes, built a home on the property ‘Bridgewater’ and so became the district’s first farmer.

Today the name Westcott is synonymous not only with the Alectown farming community but throughout the Parkes Shire.

Properties such as Kadina Park, Glenbrook and Honey Springs all evolved as a result of that first settlement.

Neil Westcott, a fifth generation descendent of the pioneering Joseph Westcott, along with wife Alison, own and manage a combined 6,000 acres of land throughout the Alectown district from their property Swansea.

Neil is first to admit that today’s transport, modern technology and improved agricultural methods have made living on and off the land easier.

He compares today’s farming to that of his dad Cliff which he describes as the ‘sweat on the brow’ era.

“In dad’s time, to harvest 400 acres of wheat under good weather conditions would take at least a month,” Neil said.

“Today, with three headers operating, we can harvest 6,000 acres in a month.”

Neil works by the philosophy that farming can be sustainable without having to be complicated.

How often do we hear the phrase ‘who’d want to be a farmer’ bandied about – particularly during a drought, poor commodity prices, or when late frosts or heavy rains destroy potential bumper harvests?

On the much debated issue of climate change, Neil is somewhat at odds with his parents.

“The summers are definitely getting hotter and the winters colder. Then throw in other extremes such as heavy rains, extended dry periods and the odd bush fire or two and it certainly makes today’s farming both interesting and challenging.”

Neil said the turning point to his outlook on farming occurred in 1995 when a massive storm eroded many paddocks on the family property.

He was working the property with his dad.

“Dad was a sheep man and I was more into cropping.

“Following the devastation caused by the storm, I simply said to Dad that we couldn’t keep farming the way we were.

“That’s when we made the decision to phase out of the sheep business.

“I remember driving to Queensland and purchasing a chisel plough, then later an air-seeder and immediately changed to direct drilling on the property.

In 2000, the opportunity arose to purchase harvesting machinery with neighbour Roger Armstrong.

Neil commenced leasing Kadina Park from his uncle Malcolm Westcott and so increased dramatically the capacity of the property.

“I certainly don’t miss the emotional side of raising stock – particularly during difficult times such as droughts,” he said.

“Dad always said the hardest thing he ever faced as a farmer was having to shoot his sheep and throwing them in a hole during severe drought periods.”

Neil and Alison believe their more simplified approach to farming has given them and their children, Jessica, Hayden and Rachael, a better quality of life.

“By eliminating livestock and implementing the rotational cropping combination of canola, wheat and barley has made farming for us so much easier.

“It has meant we as a family have the time to do other things with our lives, such as our involvement with the Uniting Church, the Parkes Musical and Dramatic Society, and the Parkes and Alectown communities generally,” Neil said.

They admit their modern farming lifestyle is so much different to that of Neil’s parents, Cliff and Helen, and their ancestors.

“Hopefully it will be easier for our son Hayden if he decides farming is to be his career choice,” Neil said.

For the Westcott family, they see their modern farming life as a joyous one.

Despite its many frustrations and despairs – usually brought on by Mother Nature – they wouldn’t be anywhere else or in any other profession.

Alison met Neil through her involvement with the Uniting Church in Parkes.

Today, she is a voluntary Lay Presider and participates in the service each Sunday.

Their faith saw them through the heartbreaking loss of their second child Joseph in 1994.

Neil said it was the United Church extended family that assisted him and Alison through this sad chapter of their lives.

Cliff, at age 81, has retired to Parkes with wife Helen but still manages to drive himself to Swansea every day to assist on the farm.

“Once a farmer, always a farmer,” Cliff said.

One of four sons of Seddon Westcott, he and his brothers Harry, Wes and Malcolm were all raised and later worked at Kadina Park.

Cliff purchased Honey Springs in 1957 prior to marrying Helen Geddes.

Life on the farm was so different then.

Once a week they would travel into Parkes to stock up on essential groceries; bread would be purchased in Alectown; and a phone call was via a party-line.

In fact, Neil was one of 13 students who attended Alectown Primary School before undertaking his secondary schooling at Parkes High School which in 1972 had 1100 students.

For Cliff and Helen, theirs was a farm true to the tune of ‘Old McDonald’ with sheep, cattle, pigs, chickens, geese and turkeys.

Honey Springs was a 600 acre property with 700 sheep when they first commenced their married lives together.

They slaughtered their own meat, milked a cow each morning for the day’s supply, and grew some vegies.

Helen and Cliff then decided it would be a good idea to start breeding Angora goats.

“We started out with only one pure bred Angora which we started breeding with feral goats from the hills (Harvey Ranges) surrounding the property,” Helen said.

The successful venture resulted in many prizes at various country shows.

Helen and Cliff later operated as the stewards for the Angora goat section of the Parkes Show for many years.

Things were pretty tough on the farm and Cliff was faced with having to either get a job or buy more land.

As a result, he puchased `Swansea courtesy of a bank loan which gave him a combined 1000 acres.

“We then went straight into flooding rains which was followed immediately by a drought,” Cliff said

“But we did get some good years after the drought with top wheat harvests that produced 13 bags to the acre.”

As farmer’s wives, Helen and Alison agree they have never felt any sense of isolation.

Both say life is too busy to ever feel lonely or isolated.

“There is always something to do. During our early married life, I’d help Cliff with most aspects of farming,” Helen said

“The only thing I ever refused to do was get on a tractor,” she added. 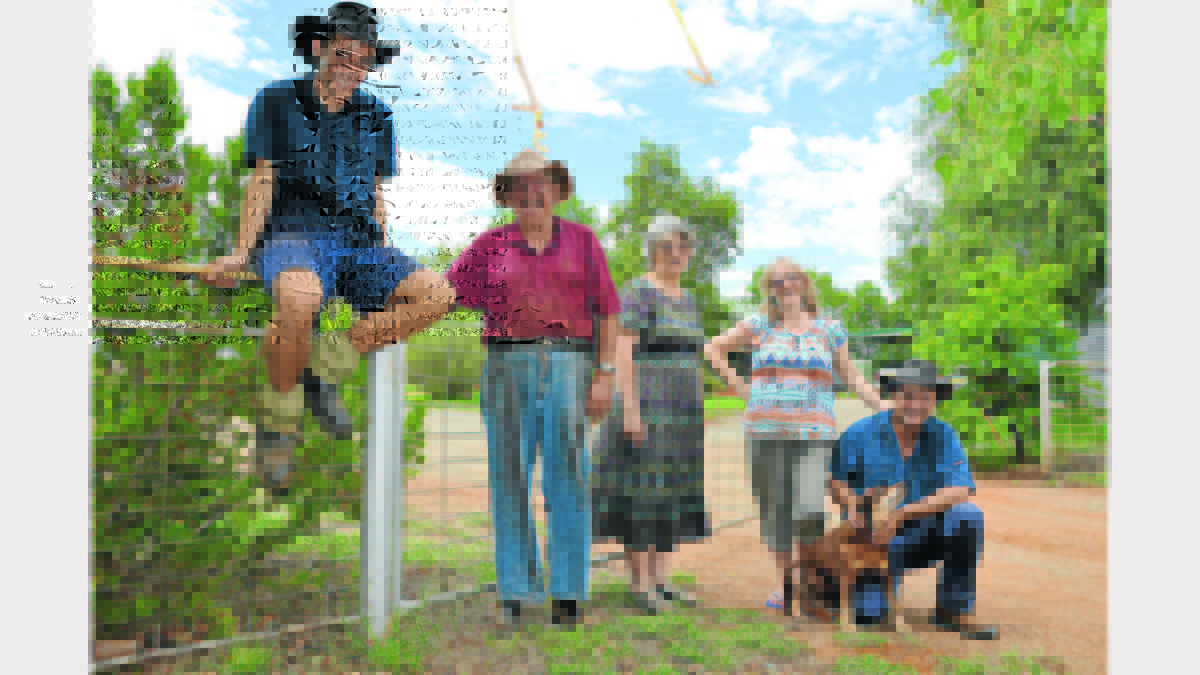 The Westcott family has farmed in Alectown since 1865 and they’re still there. Pictured are three generations - Hayden, Cliff, Helen, Alison and Neil with their kelpie Buttons. Read their special tribute in this special year in today’s edition. Photo: Bill Jayet 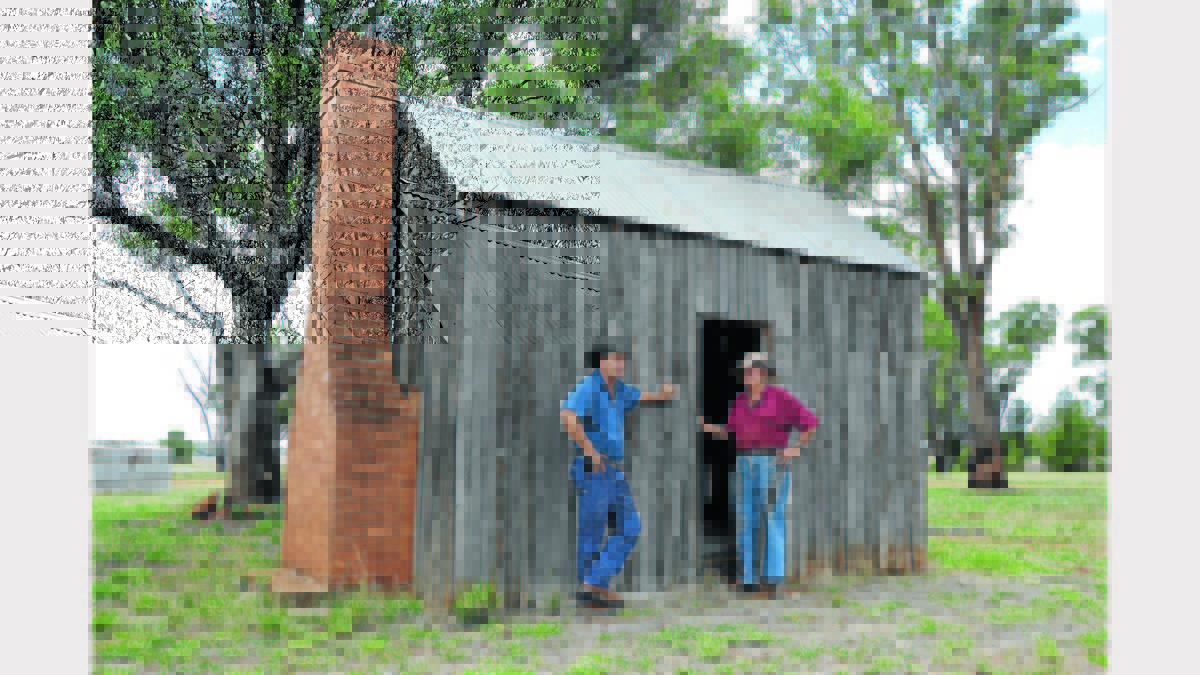 This hut on the property Swansea was put up during the Second World War to house Italian nationals who were made prisoners of war and sent out to work on farms. Photo: Bill Jayet 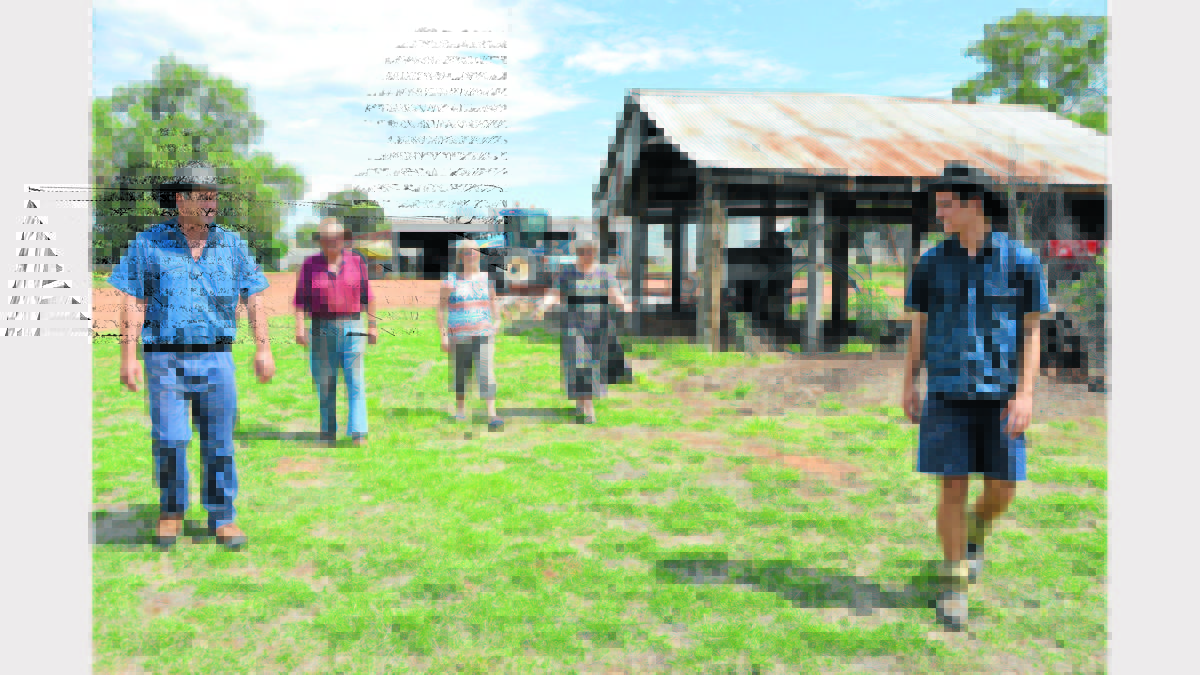 Always lots to do and talk about on the farm at Swansea – left to right – Neil, Cliff, Alison, Helen and Hayden Westcott. Photo: Bill Jayet. 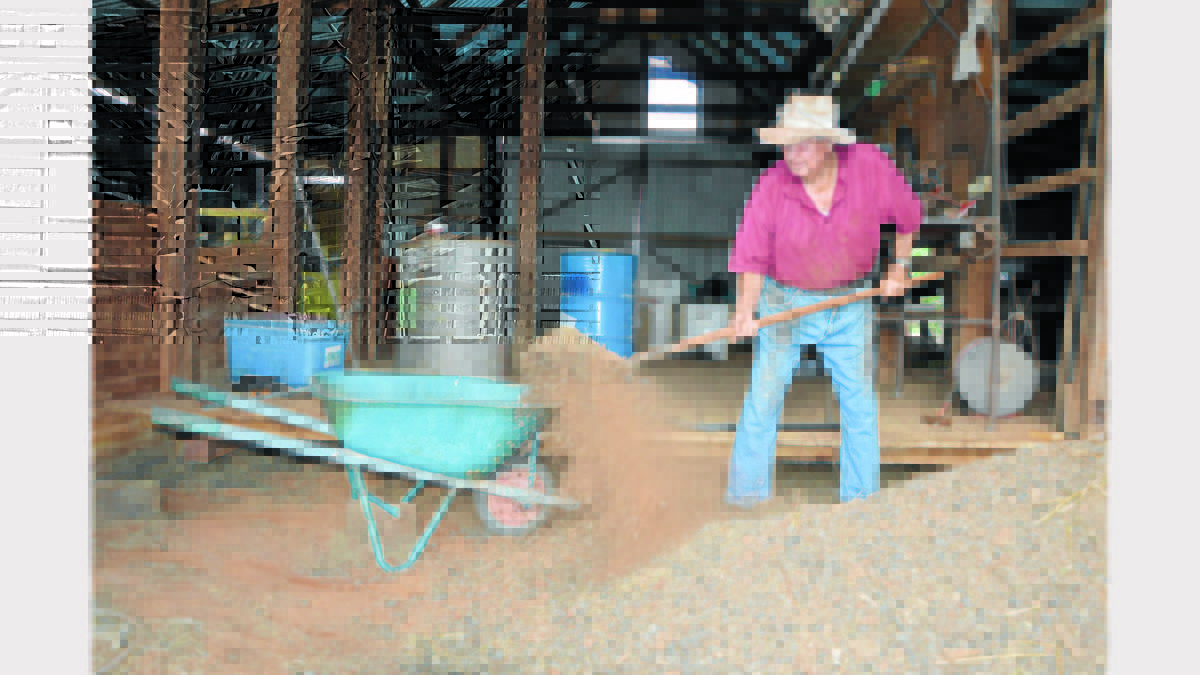 81 year-old Cliff Westcott may have retired but he still regularly helps Neil out on the property. Photo: Bill Jayet. 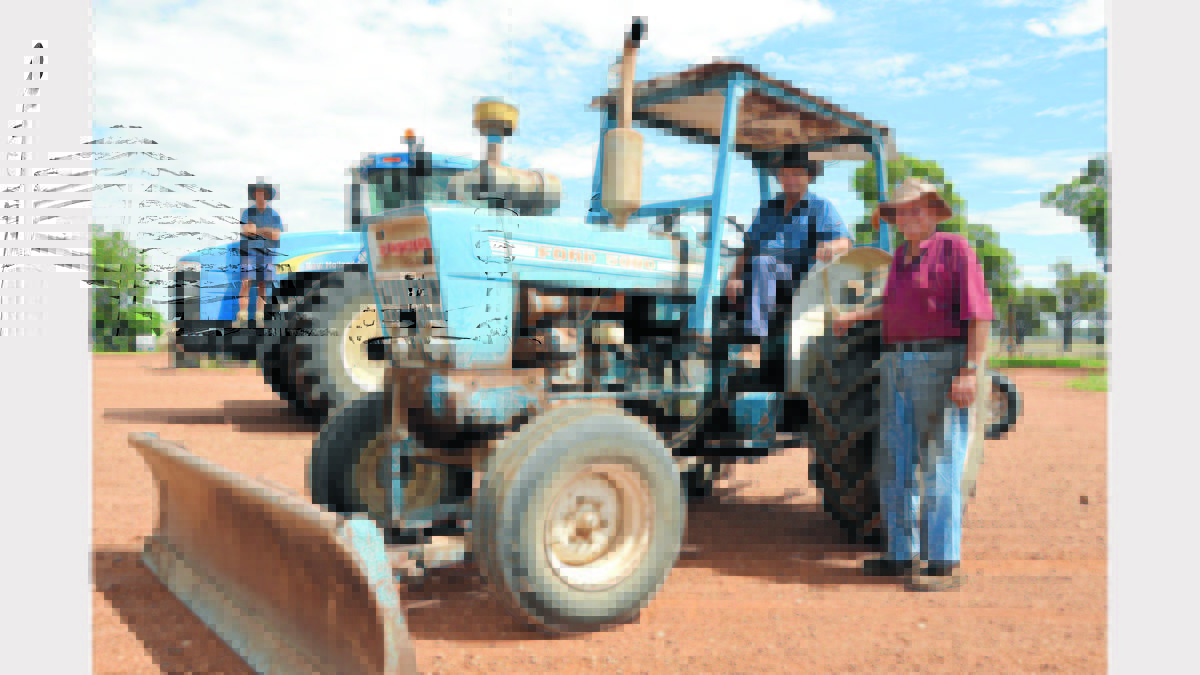 Neil and his dad Cliff with one of the property’s original tractors a Ford 5000. Photo: Bill Jayet. 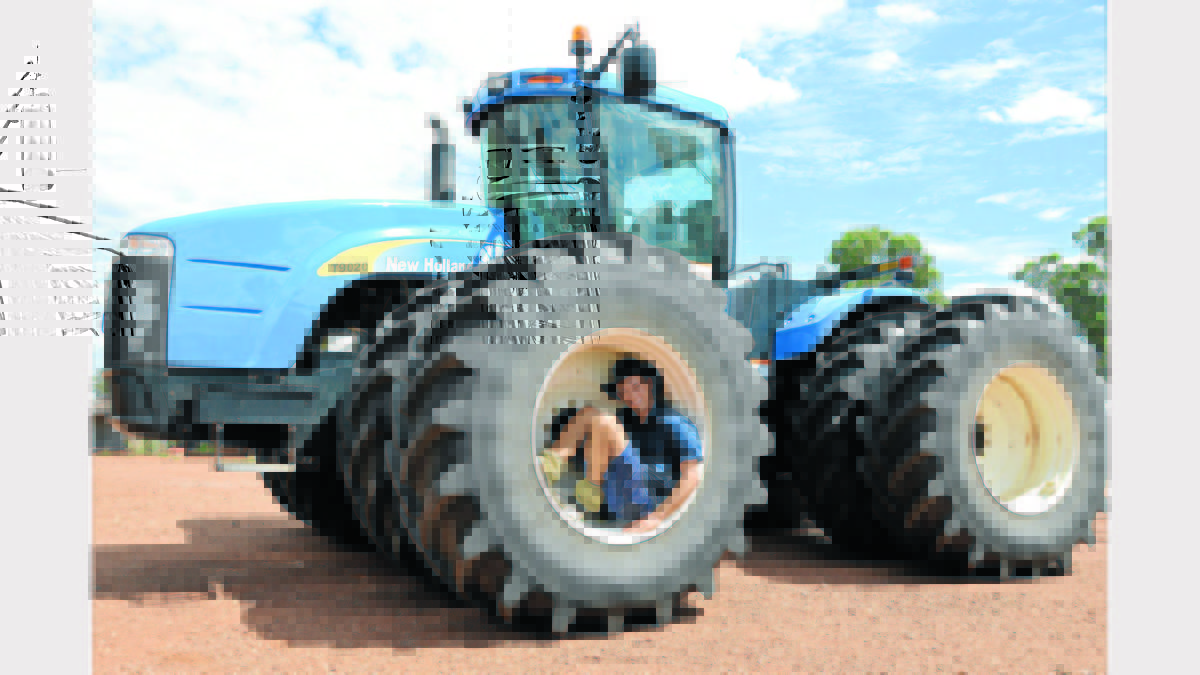 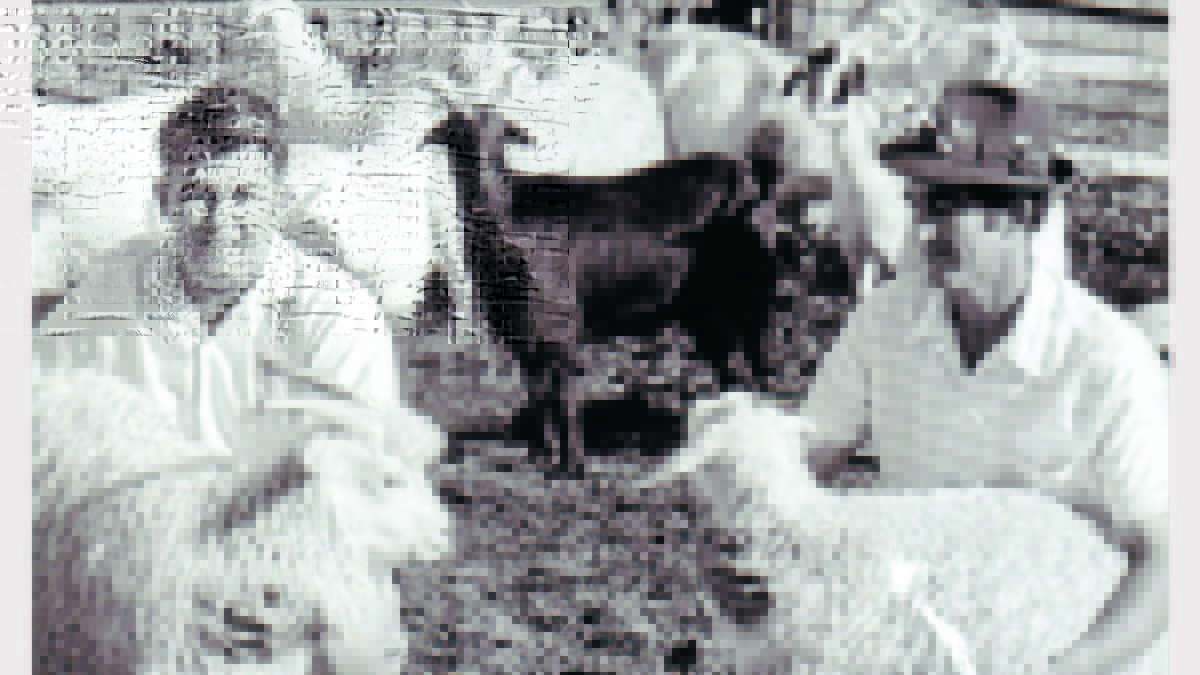 Cliff Westcott (left) and Jack Mulligan at ‘Honey Springs’ in 1971 with some of their Angora Goats. It was a joint venture breeding program that started with one pure bred Angora Goat combined with feral goats from the Harvey Ranges. sub 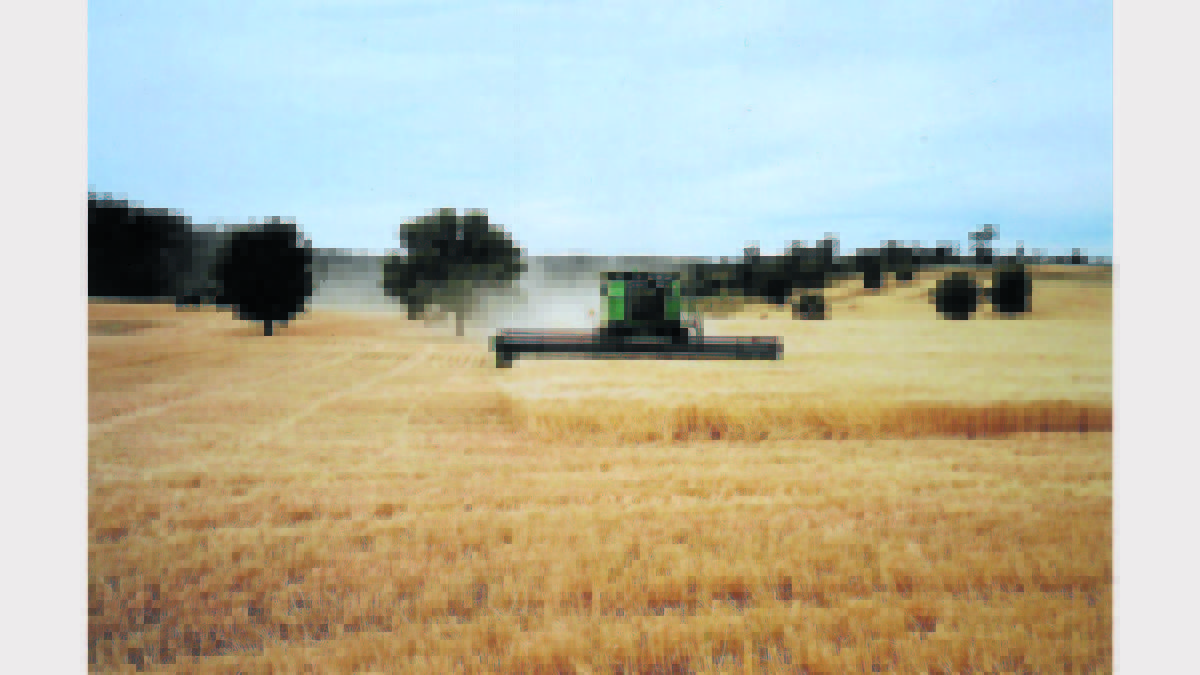 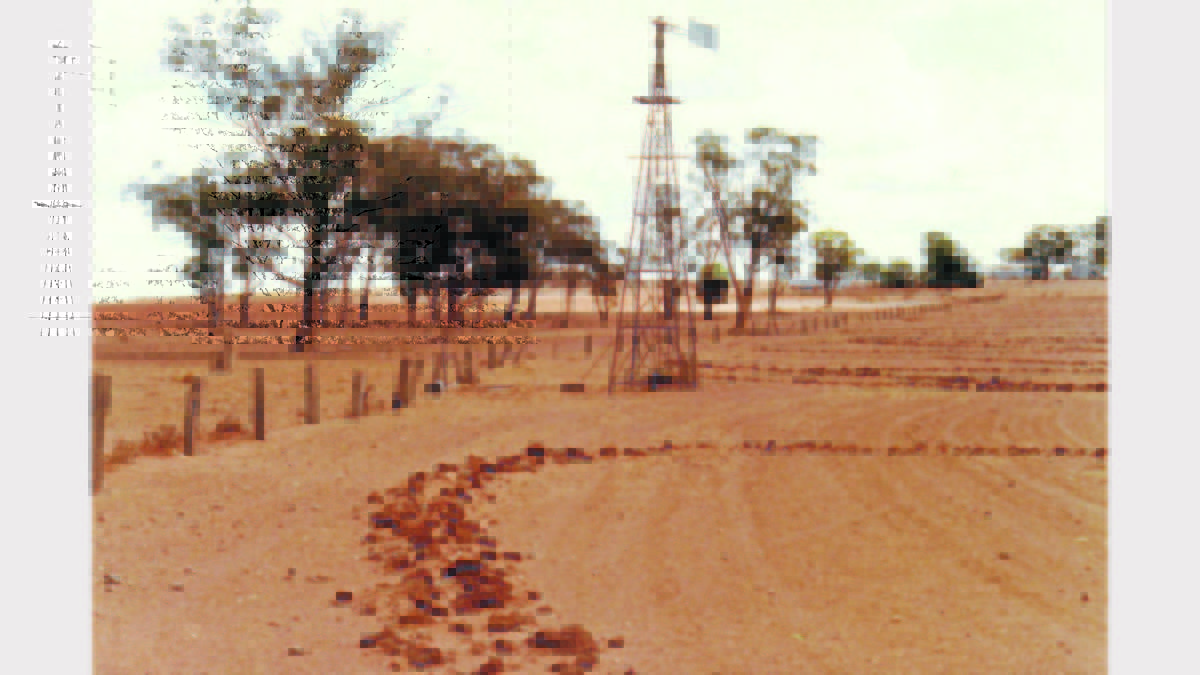 Through the hard times – this pic was taken during the drought of 1982 which had been preceded by a massive grasshopper plague in 1980. The drought broke in may 1983. sub 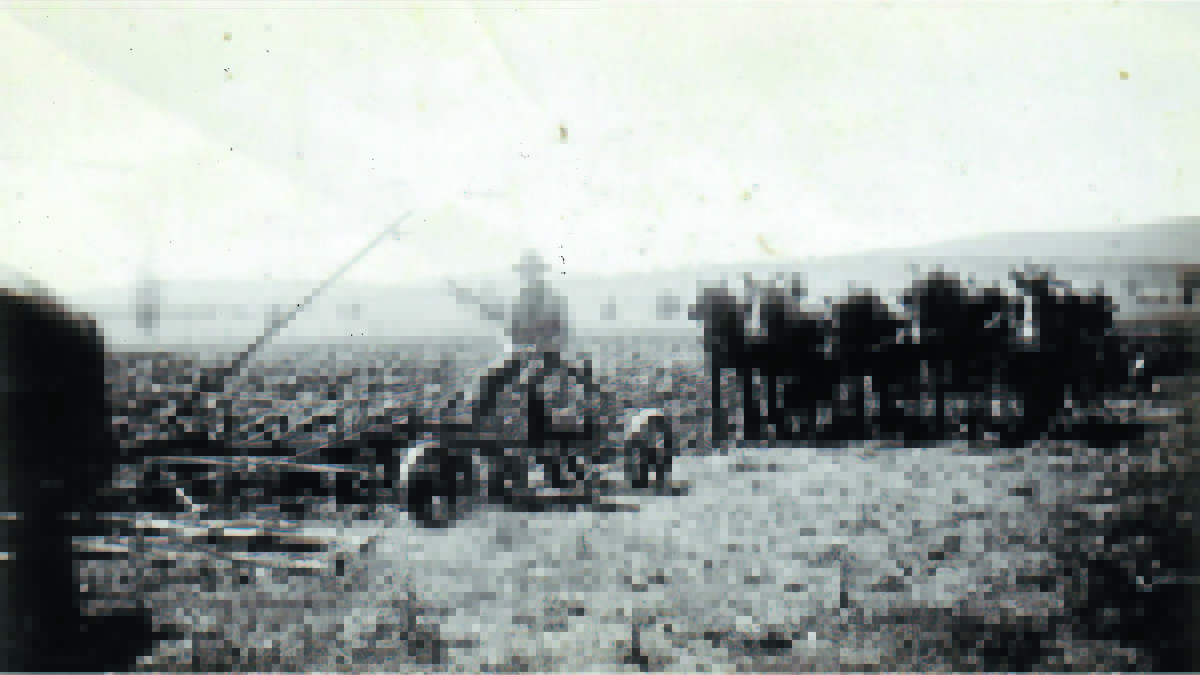 Farming was oh so different during Seddon Westcott’s years at ‘Kadina Park’. The pic was taken in 1943. sub 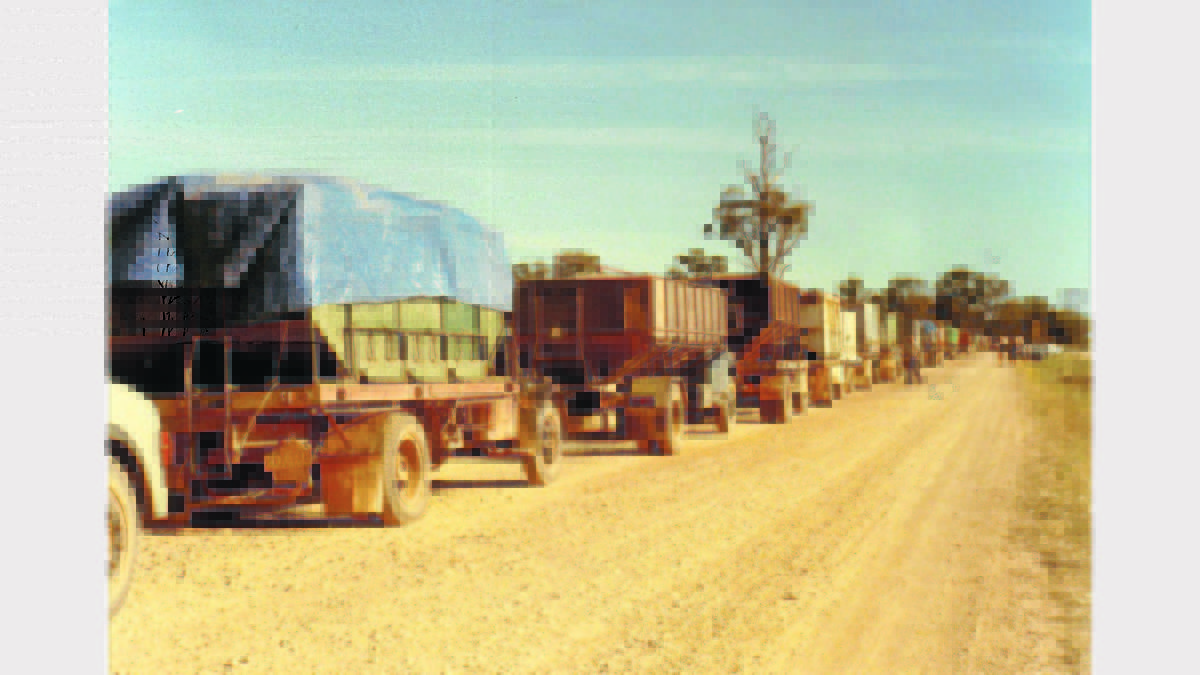 Bumper harvest of 1983 following the devastating drought of 1982. Pictured is the line-up of trucks at the Mikibri silos. 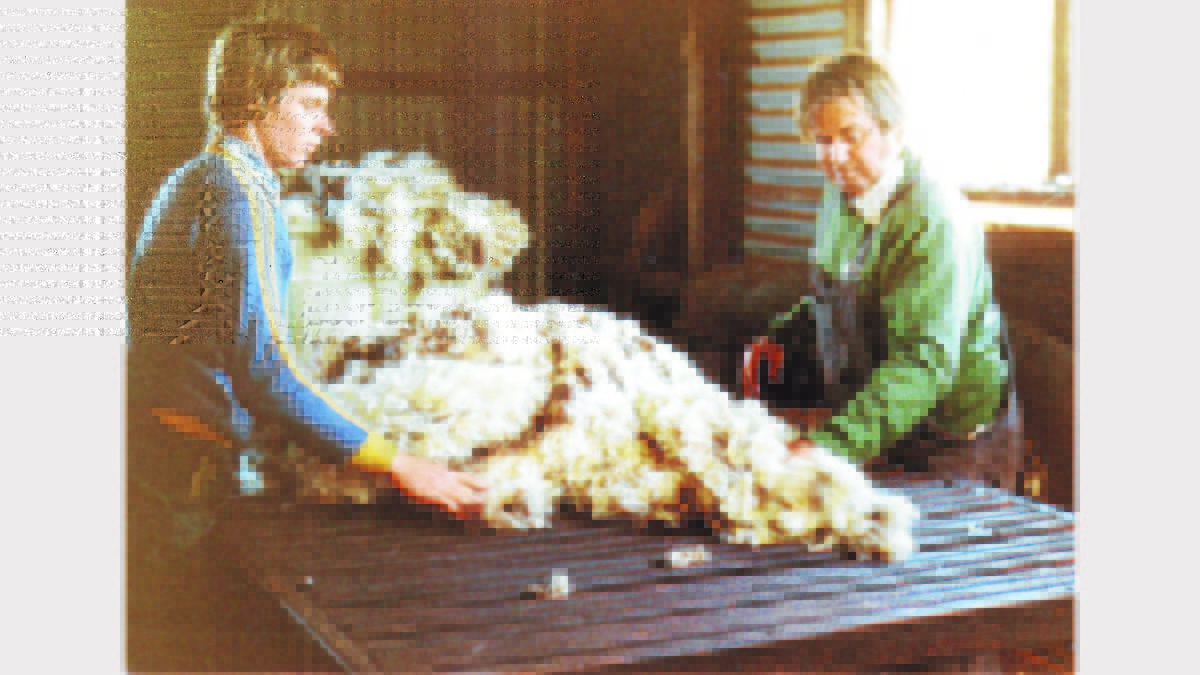 Cliff Westcott and nephew Ian in the wool shed. Sub

Discuss "Farming history dates back to 1865, but Neil and Alison now doing it their way"

Discuss "Farming history dates back to 1865, but Neil and Alison now doing it their way"